Figure 1: ​ Maps showing (A) the location of the study area within the Peru and (B) the Jequetepeque Valley and major archaeological sites in the Late Moche period. Cerro Chepén is depicted in red. 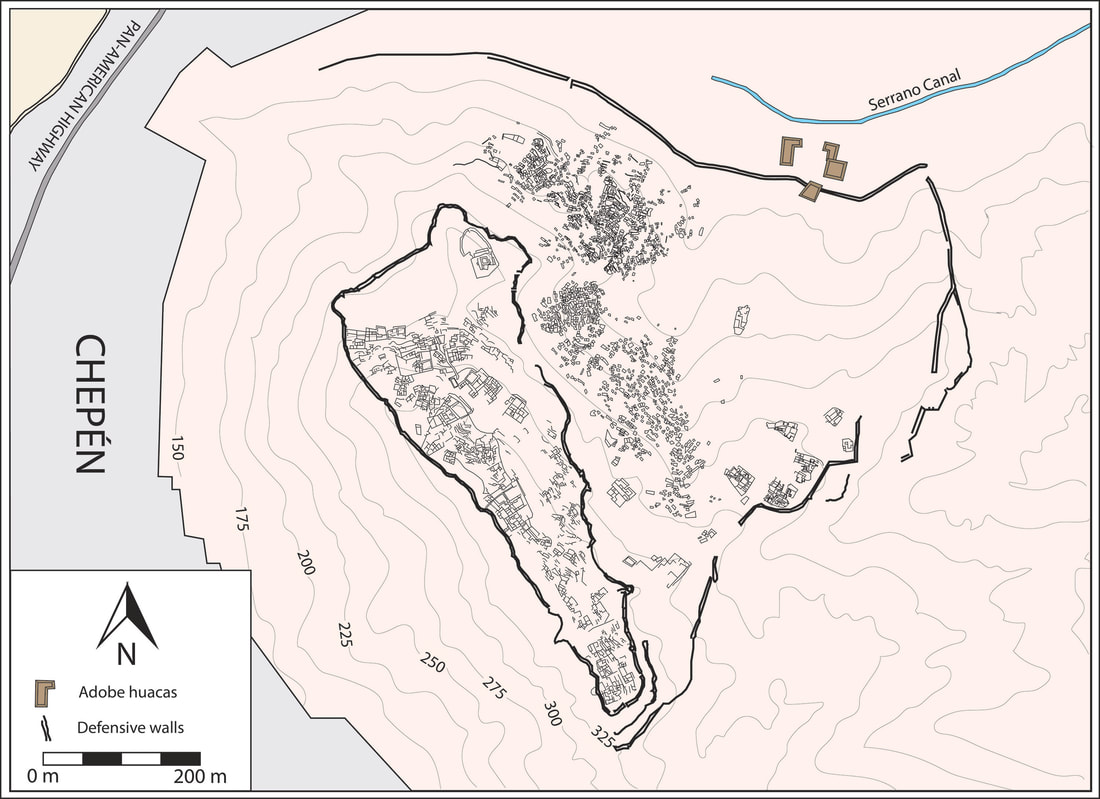 Figure 2: Map of the archaeological site of Cerro Chepén showing the walled-in elite sector at the top of the hill and the commoner hillside settlement made up of habitational terraces.

Figure 3: ​Maps showing (A) the northern hillside settlement of Cerro Chepén and the UTM coordinates of the structures selected for study and (B) the exposed architecture of Household 5, one of the proposed areas for excavation. 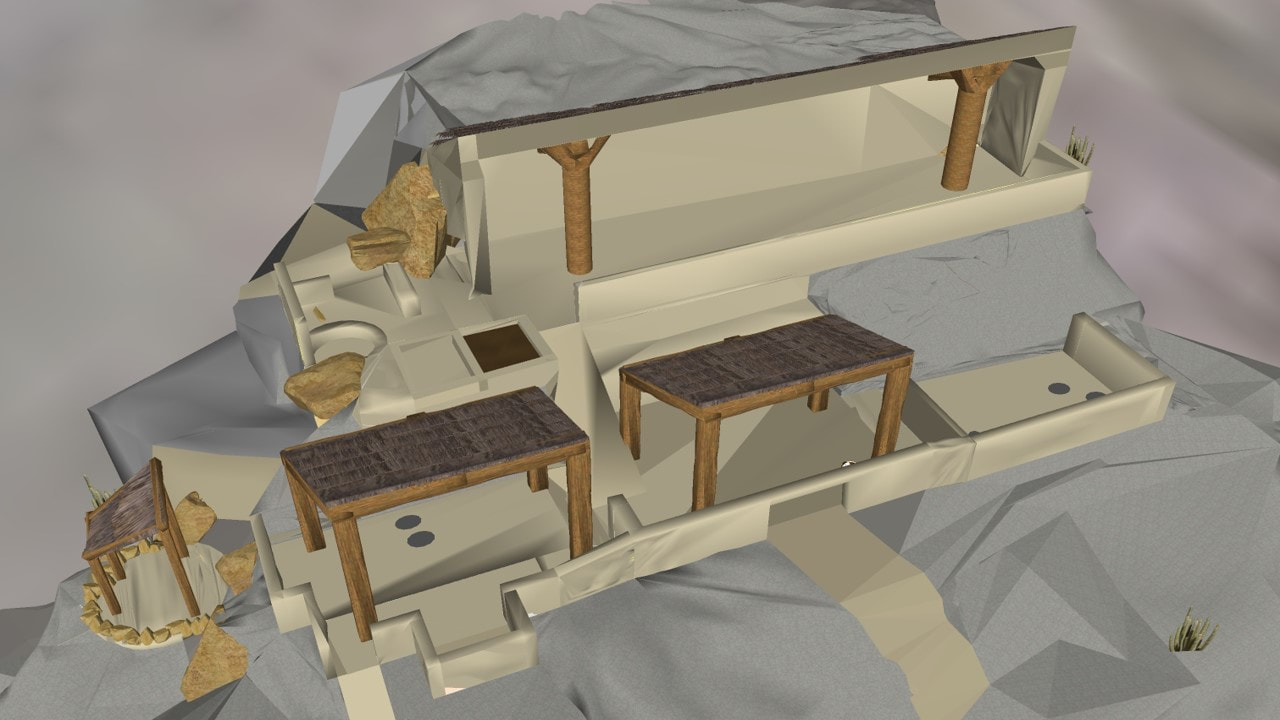 Figure 4: A 3D reconstruction of Household 1, the first Moche household excavated by Chiou in Cerro Chepén's lower hillside settlement. The reconstruction was stylized based on architectural styles noted on house models and maquettes from the Late Moche Period. 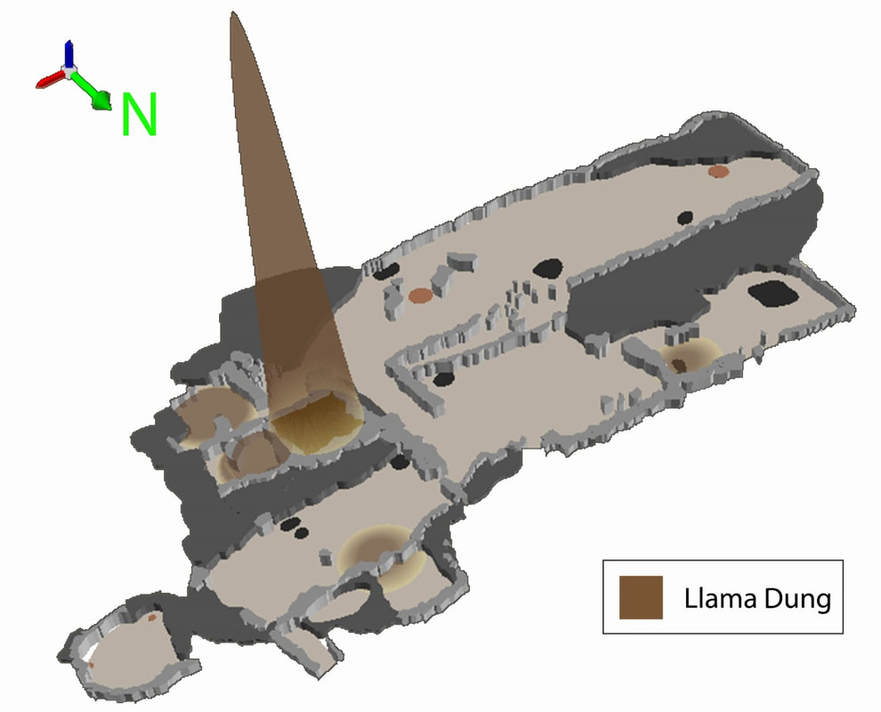 Figure 5: A 3D view of camelid dung densities in the previously excavated Household 1. The highest peak is located in the compost pit, the first reported context of its kind in the pre-Columbian Americas. 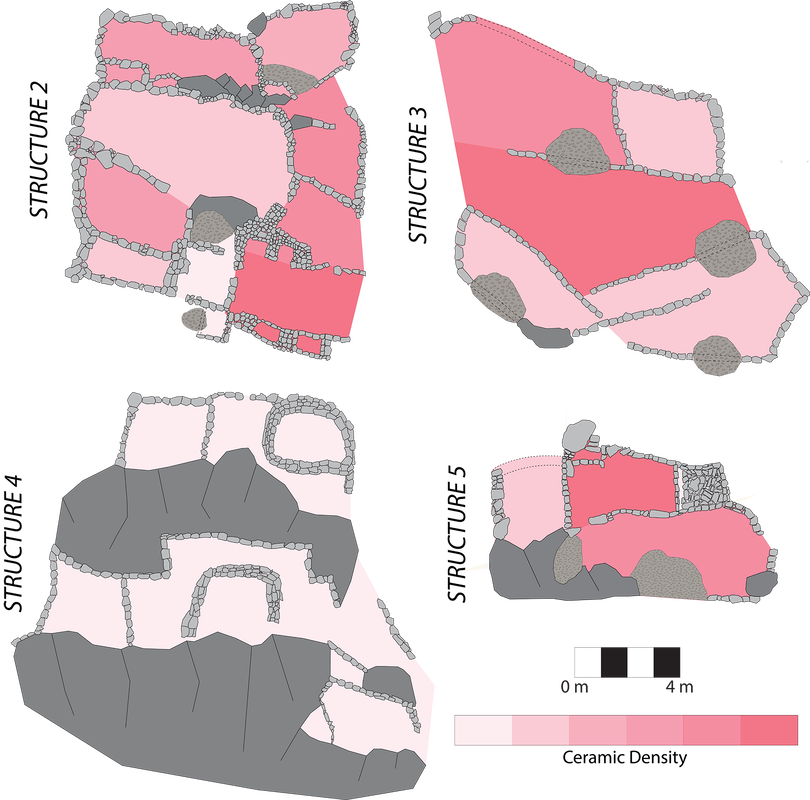 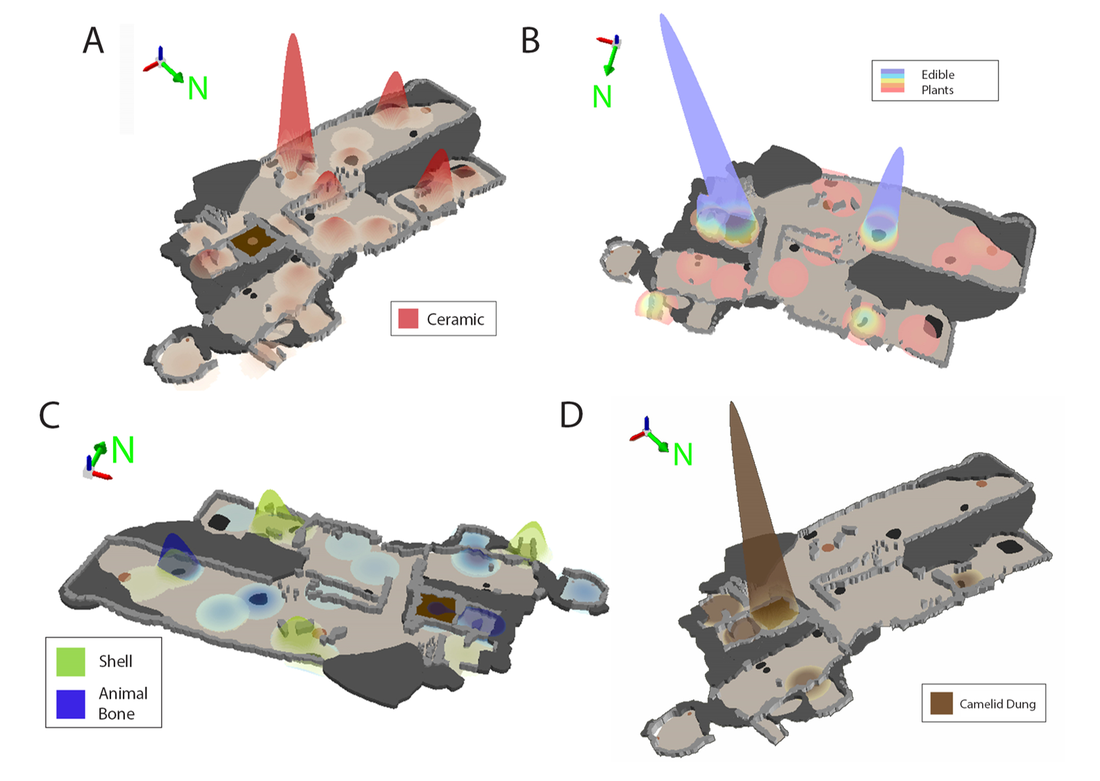